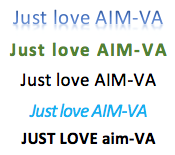 Have you ever tried to read a phone number that was written as a single stream of text and struggled to retain the information or even quickly comprehend it? As an example, my phone number at AIM-VA training and technical assistance is 17039935578. How quickly could you read that number? Would you remember it if someone asked to dial it? If someone asked, how quickly could you identify the position of the second three. Now try it with additional spacing: 1 703 993 5578. If you are like most people, this second example is not only easy to read but easier to retain. While this example uses a phone number, try recalling a random string of 8-12 letters and then 8-12 letters with 2-3 spaces; you will likely find the results the same. The clustering of numbers and letters seems to interfere with the ability to not only remember what is seen but the ability to discriminate what is written. This perceptual phenomenon is called “crowding”.

The solution to this issue is the ability to manipulate text; to customize typeface, size, color, margins, and spacing. Manipulating and customizing text can be beneficial to a variety of students and is already built into many accessible technologies used to read AIM-VA formats. From AIM-VA the HTML, ePub, RTF, and Word formats can all be manipulated using various assistive technology; although, the level of customization will vary depending on the software and hardware used.

Customization of text is generally seen as a feature primarily for students with visual impairments but its benefit has much greater potential. Student’s that struggle with processing can clear up some of the cognitive clutter and begin to process with greater speed and ability. Students with attentional issues can have excess clutter hidden; allowing them to focus directly at the words at hand. Or, a student that says that don’t like to read but who likes the color pink can change text to pink and just find a bit of motivation to do something that might have earlier, seemed like a chore. 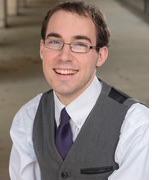